Ashtabula County is full of history, with deep roots and stories that fascinate.  Visitors are often surprised to learn of the number of museums that can be found throughout the area.  Volunteers spend countless hours keeping the stories alive and can’t wait to share the treasures with guests. The truth is often more fascinating than fiction – call to schedule a visit!

The Victorian Perambulator Museum & Art Gallery is the only one of its kind in the world, featuring displays of over 250 early wicker baby and doll carriages. These wonderful works of art are handmade from natural fibers and fashioned into intricate, ornate designs. Amongst the perambulators, you will also find displays of children's sleds, dolls, velocipedes, farm wagons, toys, books, games, carousels, dollhouses, and much more including Queen Elizabeth's Carriage! 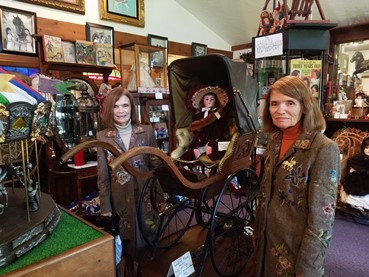 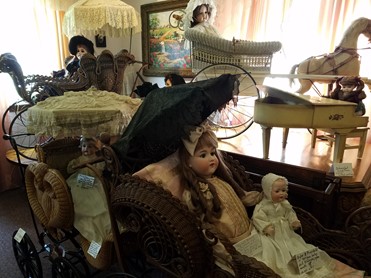 Behind this impressive collection are owners, Janet and Judy. The twin sisters have spent years acquiring new displays with much patience. They are quick to share to backstories about some of their most spectacular pieces. Ask about the longest they had to wait for an item to become available…not months, but years!

The Ashtabula Maritime & Surface Transportation Museum is housed in the former residence of the light keeper and the Coast Guard chief in Ashtabula Harbor. The anchor from the Schooner C.L. Burton welcomes guests into an abundance of maritime history. Due to the railroads that played a huge role in the Ashtabula Harbor's economy, the museum also features railroad history. A model of one of the most notable railroad stories, the Ashtabula Train Disaster, was recently added in 2018.

In 2017 the largest piece of beach glass was found on the beach between Ashtabula Harbor and Conneaut Harbor. It weighs 275 lbs. and is currently on display, catch a glimpse! 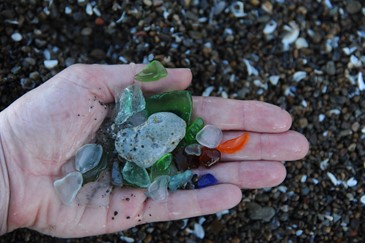 Sovinto Hall was built in 1897 and was the largest wooden structure in Ohio at that time! After being demolished by the city in 1961, the site became home to the log cabin that is now the Finnish American Cultural Center in Ashtabula Harbor. Volunteers are dedicated to preserving the Finnish heritage in the community while striving to gain a broader understanding of Finnish tradition.

Take a walk through a part of history of the underground railroad at the Hubbard House Underground Railroad Museum. The home was built in 1841 by William and Katharine Hubbard, serving as the last stop on Underground Railroad before securing safe passage across the lake to Canada. Learn of how the family came to Ohio, how they lived, and the family's courageous acts to keep people safe.

William Hubbard was a member of the Ashtabula County Anti-Slavery Society and helped to found the Ashtabula Sentential, an Abolitionist newspaper. Ask how code names like Mother Hubbard's Cupboard and the Great Emporium were used for years to protect people as they were moved to freedom.

Witness the dedication involved in the collection, preservation, and restoration of engines, tractors, vehicles, machinery, and other historical equipment at the Ashtabula County Antique Engine Club. Located in Wayne Township, the expansive property holds many permanent displays: a fully functional antique sawmill, an antique gas station, and an antique oil field engine building and pumping facility. Observe a "smithy" using a forge in the blacksmith shop! The club holds three annual shows, the largest each July. 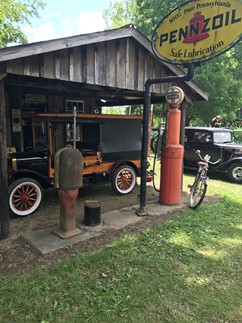 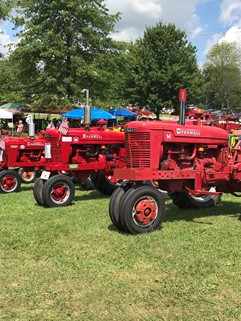 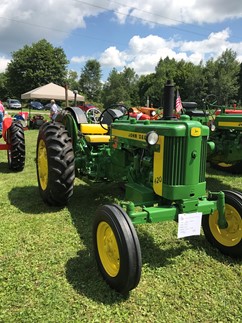 If you visit the County Seat be sure to stop at the Historic 19th Century Jefferson Depot Village where you will step into a living history of life in the 1800's. Transport back to 1890 with costumed guided tours, Stroll through the Lake Shore & Michigan Southern Railroad Station, Church in the Wildwood, Church Barn, One-Room Schoolhouse, and more. Call ahead to participate in educational activities. Events year round.

Obtain a deeper understanding of the history behind the invasion of Normandy, June 6, 1944 at the North Coast D-Day Museum in Conneaut. Explore the exhibits featuring the US armed forces in WWII and the German forces. Learn about the equipment that our soldiers, sailors, and airmen used. Observe displays detailing the Homeland Experience to learn what life was like stateside during WWII. 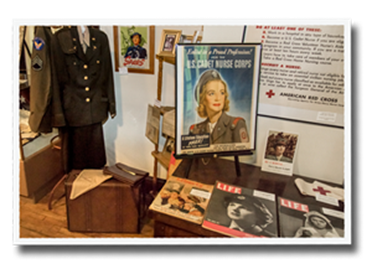 Boasting 19 covered bridges including the longest and shortest in the United States, Ashtabula County’s  history can be told through these unique structures. Visit Olin's Museum of Covered Bridges to learn about the passion the Olin family, particularly Naomi Olin Bottorf, has for all covered bridges. This little museum is housed in a simple farmhouse on Dewey Road near Olin's Bridge. See Naomi's lifetime collection and learn about the bridges including the different truss types.

The former New York Central train depot, built in 1902, is the home of the Conneaut Railroad Museum. Rare items are on display, including an 1866 Stock Certificate of the Red River Line (NYC) and relics from the Ashtabula Bridge Disaster of 1876. One of the last Nickle Plate Berkshires and a wooden caboose from the Bessemer Railroad are part of the collection. There are large displays of lanterns, timetables, passes and old photos. Climb aboard the steam engine and caboose on exhibit. Many items used during the steam era can be seen, a time in history that played a vital role in the building of Ashtabula County.